Home  »  Coffee with CTO   »   “We are not very stuck on the technology part, use tools which fit best for the job on hand”, says Jimish Jobanputra, Co-founder & CTO, DesiDime.com

Give us a snapshot of your professional journey till now. 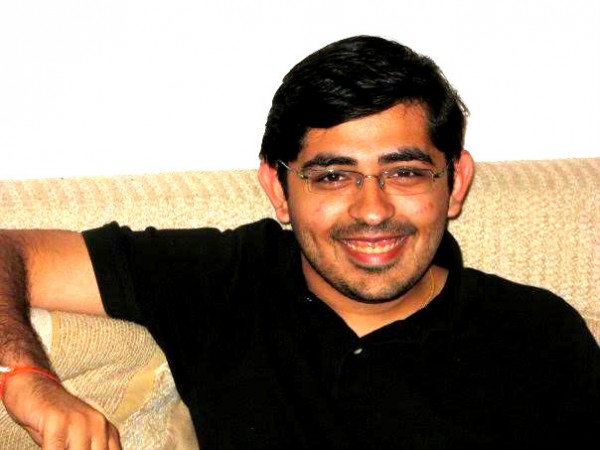 Sure. To begin with I completed my engineering from Mumbai University and then I went to the US to complete my masters at the University of Illinois. Post which, I joined a startup in Chicago, called Innova Financial, which was into pay-day loans. I did 3 years of awesome development work and because of the culture, enjoyed working there too. I initially joined the company as a software engineer but soon was promoted to be the Sr. Software Engineer.

In 2010, I started working on the idea of DesiDime, as there weren’t many e-tail portals in India at that time. I had the website ready, but since I was out of India at that time, I couldn’t really work out things. This led to the creation of another website which could serve as a marketing platform for my e-commerce site. And that marketing platform was DesiDime. Soon Mehul also came on board and we realized the potential of this idea. There are a lot of e-commerce websites in India and people want to talk about them, discuss as to where should they buy what, where will they get the best price, is the site reliable, should they order on COD or through online payment gateways. There were a lot of such questions the consumer would have. So the idea was to become a community for shoppers, just like Zomato is an online community for foodies.

When & how did the entrepreneurial bug bite you?

Haha! The funny part is that since I am from a Gujarati family not doing a business is equivalent to being a failure. So I had to start something of my own. While in the US, working with Innova Financial, I was evaluating various start-up ideas. I could see models which were doing great in the US but had not even launched in India. E-commerce was one of them. Since I was working with a pay-day loan company, I evaluated if the pay-day loan idea would work in India but then I wasn’t really sure. It was difficult for me to just work as an employee, so I desperately kept looking for ideas and that is how I ended up starting something on my own. My uncle told me that he felt very proud about contributing to the GDP of the nation by hiring people and building a team. So that’s what always inspired me.

Initially both me and Mehul were working, so we started by taking some time out after the office to build the product. We used to draw things on paper, had Skype calls to show each other what we had thought. That is how we gradually built the product. Luckily, one day my Ex-CTO came to know about our side project and encouraged me to work on it full time. He said, “It was a great idea, India is an emerging market so you should go back and pursue your dream”. This was a turning point for me and Mehul as there was someone other than us who validated our idea and encouraged us. He gave us the initial seed fund, and the freedom to work on this idea full time while working with him. So during the night I used to work for Innova Financials and during the day on DesiDime.

In a short time, we bought a very small office with a lawn, hired our first three employees who luckily are still there with us. Right now, we have 45 people at DesiDime. 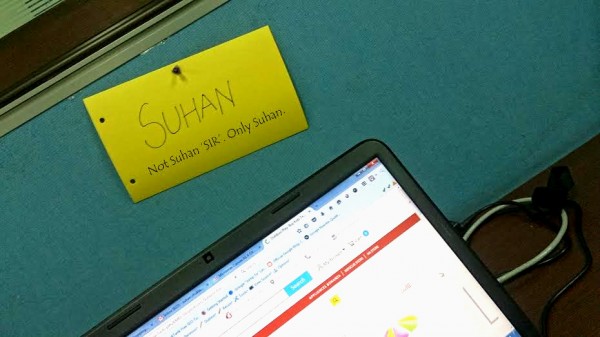 Can you please describe what a typical day @ office is like?

I handle technology at DesiDime so my typical day would include-

My typical day is about donning different hats. Right from products to technology to operations to even business, I would be involved in anything and everything.

DesiDime drives a lot of traffic and sales to its partners. Can you tell us about the technology stack used at DesiDime?

The core platform is Ruby on Rails. Postgres takes care of the data on the backend. We also do a lot of Python related work. So whenever there is some artificial intelligence and language processing involved, Python is our go-to language. So we are not very stuck on the technology part, we use tools which fit the best for the job on hand. A good thing that we have in the team is that we allow the coworkers to use the best available tools. I am sure even if we pick a wrong tool, we learn and the best part is the speed with which we have grown. We have made mistakes and learnt from them.

Is there any technology that you’re personally betting on to help you scale up?

Currently mobile is something which I am personally betting on. We are hiring android and iOS developers aggressively because discounts are easily availed on a mobile phone. For example, if someone walks into Starbucks, they can easily use discount coupons from our website. This is something we would like to accomplish as it is easier as compared to someone searching for Starbucks discount on Google and then finding the required coupon.

A mobile phone is something everyone has, so we are trying to harness its power to make things much fancier and cooler for customers.

How are you using Business Intelligence and analytics at your company?

What we are trying to do at DesiDime is to build shopper personas. So now we have started to track our customers. Let’s say you are a user on DesiDime and you see a range of deals including fashion, travel, food, beauty etc. But you keep clicking a lot on the travel deals, our plan is to track this and offer you exclusive travel deals and notify you about them even before you come to DesiDime. This is what we call building personas – how many times you shop in a month, which categories you shop in, which are your most frequented stores – these are the kind of analytics we are working on at the moment. It is very similar to Facebook targeting but much more advanced as we have anything and everything related to shopping. We have already started to build personas and now are trying to take it to the next stage where we can make more use of this data.

How else does IT help your company stand apart from its rivals?

The good part is that we always had an in-house technology team. And now we have almost 15 odd people in the tech team. This really helps us because we can customize the product as per the need of the market. So now, as everyone is moving to mobile, it was easier for us as we migrated to mobile quicker than our competitors. We were the first ones to launch a coupons or deals app on mobile. When we launched there weren’t any coupons app on the horizon. So having an in-house team helps us fast track development, move ahead quickly, and cater to the needs of the market.

What has been the biggest technical challenge you’ve faced while running DesiDime?

One of the technical challenges for us was to transition quickly to the mobile app. We obviously had a team to do the back end work but we didn’t have the team which would build an iOS or Android app. Another technical challenge we faced was while scaling. In 2012, when the first GOSF (Google Online Shopping Festival) was held, we saw very high traffic spike on our servers because everyone obviously wanted to shop. So within 2-3 days we moved our servers to a new service provider to scale things up. We added a node. Initially there was just one server but we soon moved on to having 5 scalable servers. So if the traffic increases we can add more servers. In five minutes we can set up a new server. That is the kind of scaling we did when we saw a huge traffic jump during GOSF 2012. It was a technical challenge back then but we surely overcame it.

What are some of the attributes you look out for in prospective technology employees?

Mainly, it’s the passion to learn. I really liked what Harsha Bhogle once said, “There are 2 types of cricketers, one who is very talented but doesn’t have the right attitude and another who may not have God gifted talent but is very hardworking”. So for us we really feel that if someone has the right attitude to learn in a startup, we can even compromise a bit on the talent part. We look out for people who are passionate about learning and trying new technologies. Besides this, we really like people who have done their own projects, because these people have gone through the same challenges and understand what it takes to be in a startup. Success or failure doesn’t matter, the fact that they have tried is very encouraging for us. 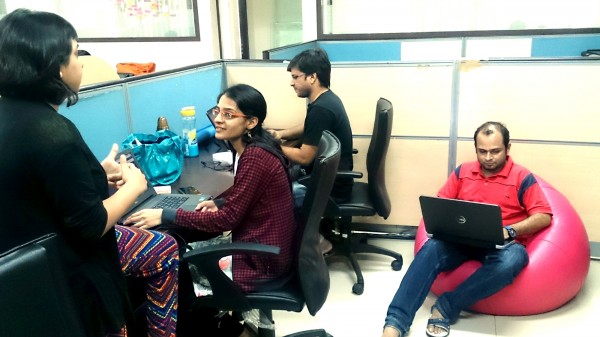 Mainly I refer to TechCrunch, Quora, CNET and all major technology blogs and forums. I also use Flipboard very frequently

We allow developers to pick up the right technology for the problem. We are experimenters, as the focus is on the result and not the process. The culture is to try and learn by setting measurable goals, and it’s OK if you fail. Another thing that we have started recently is the developer week. Working on the same thing again and again becomes very monotonous and tedious for the developers, so during the developer week we form 2-3 small teams and each team is given a project to be completed in one week. The project is quite ambitious. They work together as a team and we often mix and match the teams. This way the team gets to experiment, they get to code and we also try to get their work quickly out to production so they can see the efforts of one week live in production the next week.

Not being hesitant about trying out new things. If something doesn’t work, you can always improvise on that. This is something which definitely keeps us going.

My only advice is that technology keeps changing very rapidly, so no one can be in his comfort zone. You need to keep trying something new, learn new technology, adapt to it. It sure is a steep learning curve for anyone. Even for me, it is difficult to learn mobile technology right now and stay up to date with the happening on the mobile front. But then that’s where the fun is.