Please elaborate on your personal journey to where you are today? 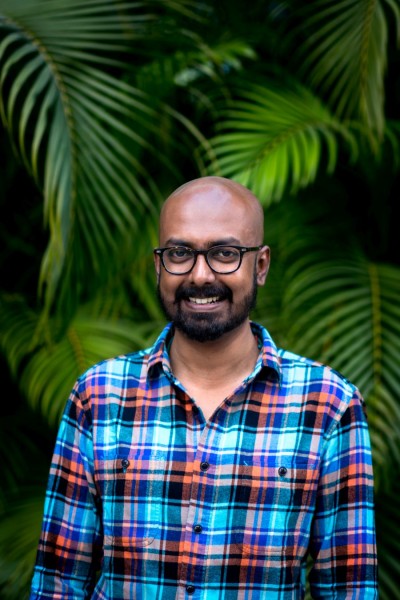 I don’t know how to really explain it, because I haven’t really had a very typical and traditional career path. But let me talk about my experiences- I was born and brought up in the north eastern state of Tripura. While in school, I was a different kind of a kid- never followed the rules and didn’t do things which were expected from me. So when I graduated from school, I didn’t really get good marks and ended up in a private engineering college somewhere in
Maharashtra. I went there to pursue Computer Science and immediately after joining I was shocked by the state of affairs there. The teachers didn’t know much about the subject and the students were only interested in getting a job; no one cared about learning. I visited other colleges and found that it’s the same everywhere, if not worse. This made me take charge of my own education and I dropped out of college for two years to do self-study. I created my own syllabus based on that of institutes such as MIT, Stanford and taught myself.

Meanwhile, I also got involved in the ‘ free and open source software movement’ in India. I contributed to a variety of projects; this gave me a lot of exposure. I traveled the country, gave talks in different colleges, and conducted training’s during this period. At some point I realized that my self-education was over and was ready to graduate to the next level. I returned to college and completed my formal education in two more years. After graduation, I decided to work for startups as big MNCs never really interested me. I joined Cleartrip because at that time their product was written in LISP, a 60 year old programming language I was excited about.

I joined Cleartrip as the 5th employee of the tech team and was a major contributor to their air booking and fares engine. The reason I took this job was because I knew it’s going to be very hard to get a job where I could use LISP in production. Ultimately this decision paid off as I have built my entire career on Functional Programming and it is my area of expertise today.

I left Cleartrip and joined another startup, which didn’t really do very well but I still worked there to get my foot on the door of the startup ecosystem. Post this, we built a consumer finance website called Paisa.com which was immensely popular and was a great example of a well-designed product that was made in India. We did shut down Paisa a year or so later, because we wanted to build something much bigger. Subsequently we built Helpshift, with an aim to create a global product with a much wider reach.

What is different about Helpshift today versus the company you co-founded in 2010?

The biggest difference is product market fit. Back then, we were riding the social media wave with the thought that- ‘Let’s get users and then we can figure out how to make money.’ This kind of an approach only works for a couple of lucky startups, can’t work for everyone. Now, there is a great emphasis on figuring out product market fit– by having a two-way dialogue with customers and collaborating with them while building the product.

What is the technology stack used at Helpshift and how did you decide on it? Is there any technology that you’re personally betting on to help you scale up?

The tech stack is mostly built on top of ‘Clojure’- a dialect of LISP language which runs on JVM (Java Virtual Machine), it gives the power of LISP and also allows us to use the Java ecosystem so giving us the best of both the worlds. The reason we picked Clojure in 2009 when we were starting this company even though it was less than a year old back then, was because I could see that Clojure was designed as a really powerful and pragmatic language and could almost see the bright future of Clojure. We bet on it and I can say that it has paid off very well.

Clojure is practically used in every big company, be it Google, Netflix, Twitter etc. for serious data processing, business logic, etc. Our system is built on Clojure, but we use different languages to solve various problems. We use Erlang, Go (designed by Google), Java, Objective C, and employees are encouraged to dabble in different technologies as needed. We were the pioneers in using Clojure in Asia and one of the first few companies to use it in production worldwide.

According to you, what are some of the biggest developments in the CRM products sector? And how are you keeping up with these developments at Helpshift?

Helpshift is a mobile CRM company. Let me talk about mobile a little bit- it is a different user experience, the expectations are vastly different from web. Any product made for the web has to be re-imagined and re-architected for mobile. Product developers have to start from scratch and that is what we have done. Our biggest competitors are from the web and I feel that they can’t even come close to us as far as competing in the product domain is concerned.

Since we are the first mobile CRM company, we are literally the trendsetters and everyone else is following us. It’s a tough position to be in as we have to set precedents for everyone in the field- but that’s where our product focus and experience comes into play. We collaborate with our customers and other companies in figuring out our next steps.

Can you please describe what a typical day @ Office is like?

I don’t believe in work life balance- doesn’t mean I am a workaholic, for me my work and personal life meld into each other. I wake up around 6.30- meditate and read e-mails on my mobile. I don’t use the computer too much; only get to it when I know what exactly needs to be done as I basically can’t think in front of the computer.

I get to work by 9:30-10 AM and start work. I am not only a tech leader but also an individual contributor as I write code almost every day. I do this because I believe in leading by example as I can’t possibly lead a group of intelligent and capable technical people and not be as technical myself. I have split my work day in two phases- one is manager’s time (first half of the day) and the other is maker’s time (second half of the day). During my maker’s time, I don’t do any meetings, try and interact as less as possible and don’t like being disturbed. In my manager’s time, I am usually following up on hiring, various projects, architectural reviews and code reviews.

What are some of the attributes you look out for in prospective technology employees?

The most important thing that we care about is the cultural fit; Helpshift has a very strong culture. We build products together and that requires a different kind of mindset. Our focus is also on building teams, not just products as we feel that every product has a voice of its own and that can’t happen if there is no good team backing it.

If I had to define the culture @ Helpshift I would say that we are a playful workplace but at the same time very serious about what we are building. We don’t compromise on learning and everyone here optimizes their time for learning every day. We look for passionate people, someone who is excited about the prospect of lifelong learning and knows how to learn. We look for autodidacts, people who teach themselves, don’t necessarily come from Ivy League colleges, but those who have been learning something on their own. So anyone who is self-motivated and cares about their art is someone we would love to work with.

We are an eclectic bunch of people, some people are from big organizations and some don’t even have formal education, there is a kid from Nepal who joined us right after school and let me tell you- he is one of the best programmers in our team. Our idea is not to discriminate and to take a chance where ever we spot potential. Our initial team is still with us and in the five years since our existence we probably have parted ways with only a handful of people, and I feel that this reflects our culture. 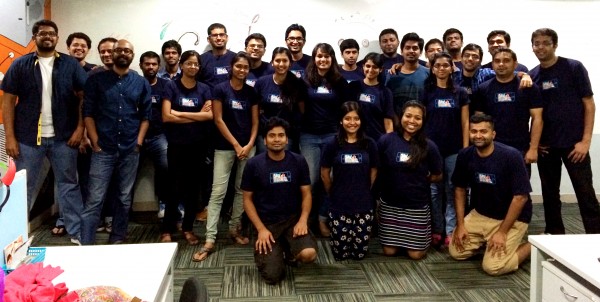 How do you personally keep up to date with the latest happenings in the technology word? Any piece of advice for the techies out there?

The biggest problem now a days is not staying up to date but knowing what matters. There is too much information floating around, and if one tries to keep up to date on everything, then they will just be lost. Hence one needs to cultivate an ability to discern between useful information and non-useful information. I don’t read too much, but follow Twitter, “Hacker News” once a day to know of happenings in the tech world.

I wanted to be an Air force pilot.

My passion for solving problems.

I haven’t had many jobs before, but I learnt a lot during my stint at Cleartrip.

There are many, but Nikola Tesla stands out.